In April, the world was full, and the peach blossoms of the mountain temple began to bloom. In this spring season, a good news came from Zaiyuan Parson Fine Chemical Co., Ltd .: The new 20,000-ton / year γ-butyrolactone (GBL) and N-methylpyrrolidone (NMP) production units are operating Stable, as of May 4th, B sets of γ-butyrolactone production units have been running continuously for 20 days at full capacity, and a single set has an average daily production of 25 tons of γ-butyrolactone and about 20 tons of finished products; The reactive distillation system achieves normal production for 10 days, and produces 20 tons of qualified alkanone products per day, realizing the start of trial production.

The project has an investment of 210 million yuan and uses international advanced production technology to produce γ-butyrolactone and N-methylpyrrolidone (NMP) using 1,4-butanediol as raw material. Among them, NMP production uses world-class distillation and purification process technology and equipment. Since the start of construction in May 2014, after more than 10 months of construction, the installation was completed in March this year and transferred to the test phase. Since entering commissioning, all employees of the company's production preparation team have faced the difficulties, taking the overall situation into account, fighting day and night, and using sweat and passion to ensure the normal operation of production equipment. On March 23, the core monomer equipment successfully ignited the natural gas heat-conducting oil furnace. The GBL production line started trial operation on April 17, and produced qualified industrial-grade NMP products on April 25. After testing, GBL products have reached the standard of superior products, of which the purity reaches 99.98% and the water content is less than 39ppm; the industrial grade NMP products have a purity of 99.87% and the water content is less than 80ppm. The electronic-level NMP production line is planned to start in the near future, and the products will be qualified in May.
This achievement is hard to come by, and it is the hard work of all employees. As the operators are all new employees, they have no relevant work experience. The company attaches great importance to the pre-job training of employees and pays close attention to the business learning of operators. As early as last winter, the company organized employees to study in Shandong Qingyun Changxin Chemical Technology Co., Ltd. for a month, familiar with the production process and operating procedures. At the beginning of this year, all employees of the production preparation team went to the project site to become familiar with production equipment, process pipeline configuration, and instrument installation. From the initial pipeline sweeping, to the "three investigations and four determinations", and the final preparation for driving, the employees are full of energy and go all out to work. The main operator of the control room was in two shifts and was familiar with the operation screen of DCS. He was fully prepared for the test drive.
Since the test drive in mid-April, under the guidance of technicians from Changxin Company, employees have refined process operations, optimized process adjustments, and strictly controlled process indicators to ensure the successful completion of lactone catalyst activation. Immediately after the lactone, alkyl ketone, and rectification were successfully driven at one time. During the test drive, all employees overcome difficulties, unite as one, and work hard. Leaders at all levels adhere to the production line for 24 hours to eliminate system defects and solve various problems in a timely manner. With the continuous improvement of equipment technology, Zaiyuan Pearson, a modern fine chemical enterprise, will enter the normal operation track. 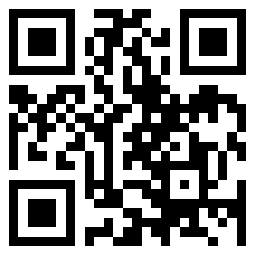